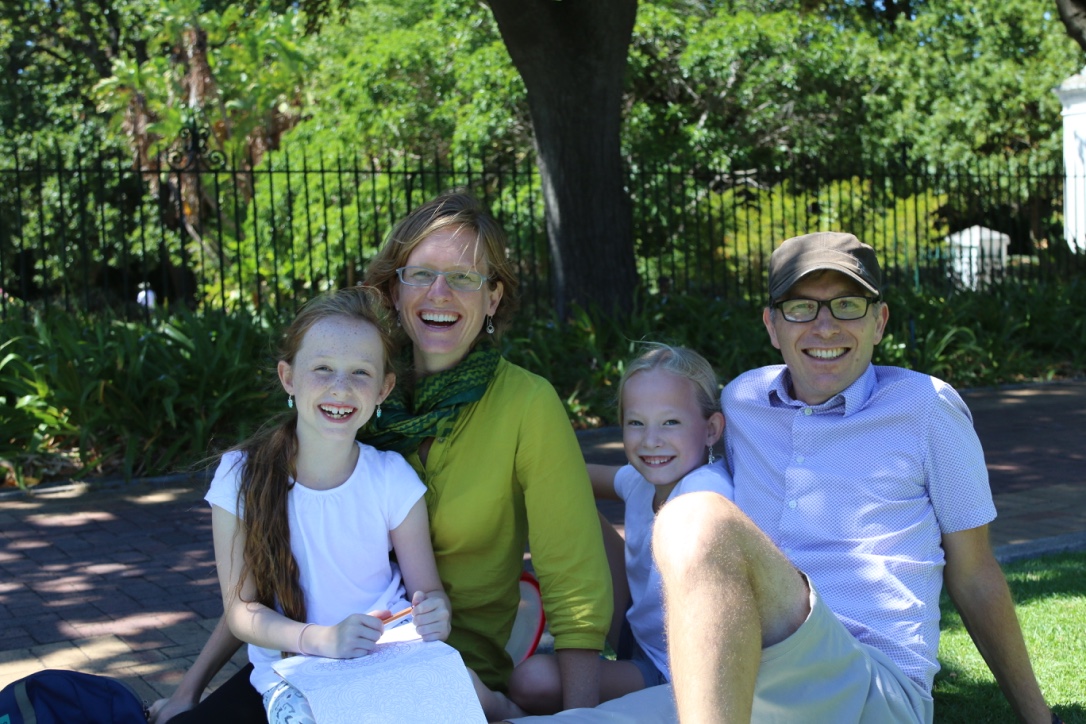 According to its website, the World Naked Bike Ride (WNBR) is a “peaceful, imaginative and fun protest against oil dependency and car culture. A celebration of the bicycle and also a celebration of the power and individuality of the human body. A symbol of the vulnerability of the cyclist in traffic. The world’s biggest naked protest: 50+ cities and thousands of riders participate worldwide.”

Public nudity is illegal in South Africa and the the Cape Town leg of the WNBR took place today with a full police escort. The riders set out from the waterfront, rolled through the city and returned safely to the waterfront. As advertised, it was peaceful, imaginative, fun and safe. Although the ride is more about cyclists’ vulnerability than it is about nudity, the nudity was probably good for capturing the public’s imagination. 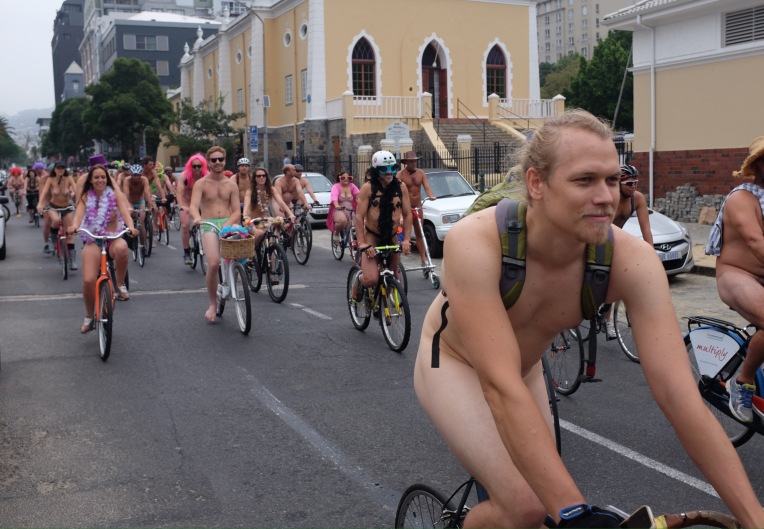 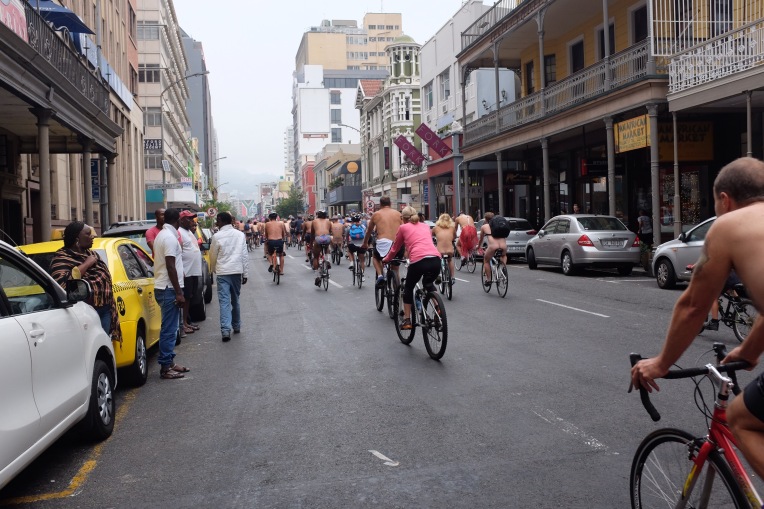 Bikes are an important feature of our day to day. Louise and the girls are Danes, which might help explain the affinity. Bikes are important aspects of Asian and, as we’ve seen, African culture.

We had our own bike fleet in Kampot that got us to and from town as well through flooded areas. 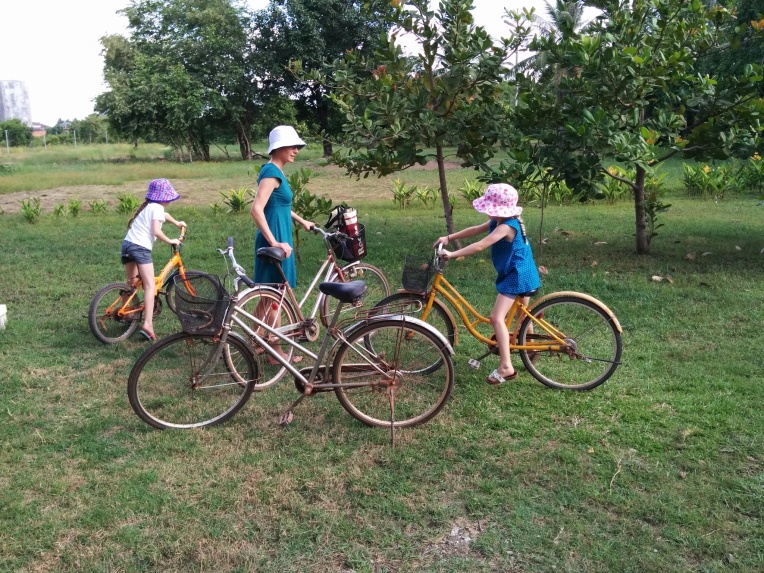 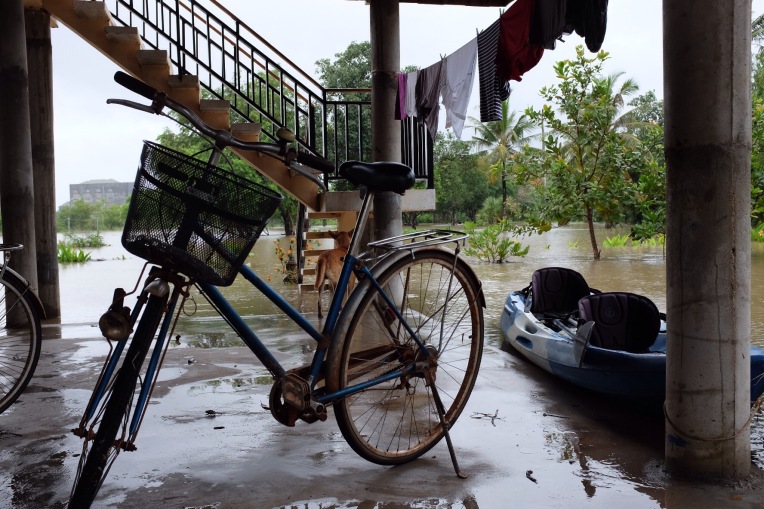 At first the girls rode on their own bikes. Here they are in Kampot, just after the flood. 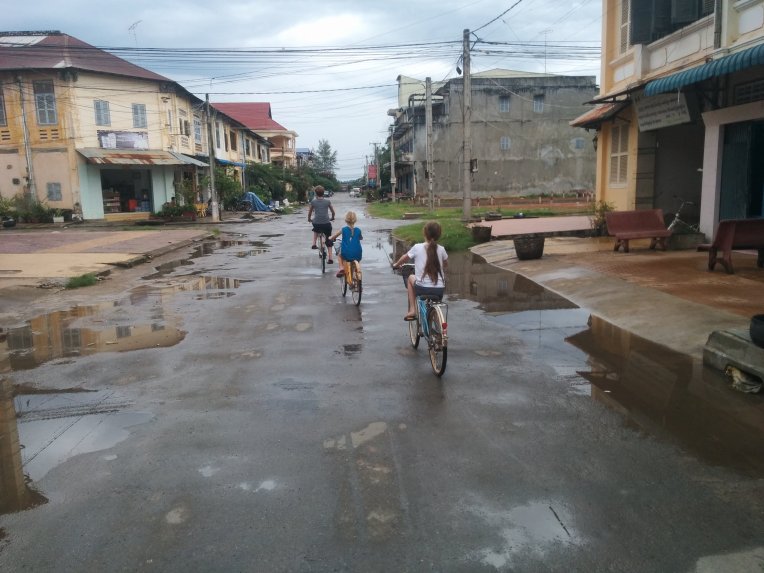 Eventually they started sitting on the back of my and Louise’s bike. This was our ride in Luang Prabang. Note the padded passenger seat. 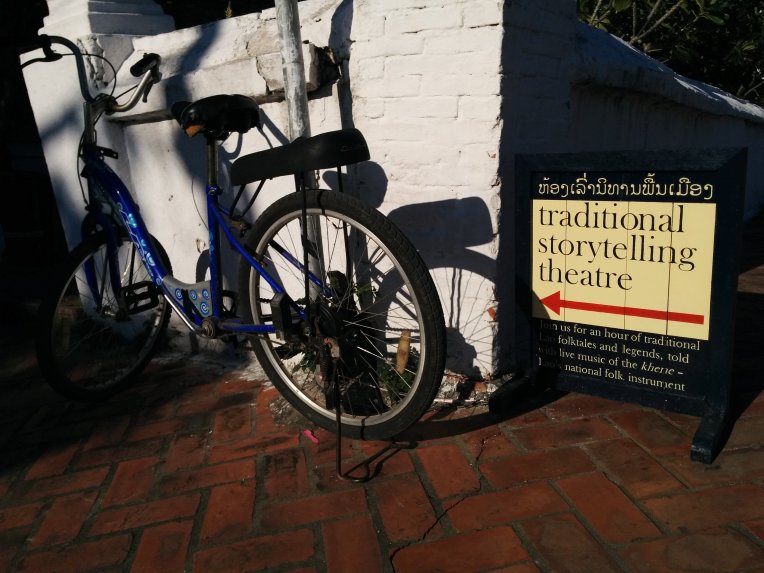 Coffee and bicycles go well together. This was in Siem Reap.

While technically not bike riding, it’s still relevant: In India, the girls took up unicycle riding. Here’s Saga on the balcony and then on the roof. 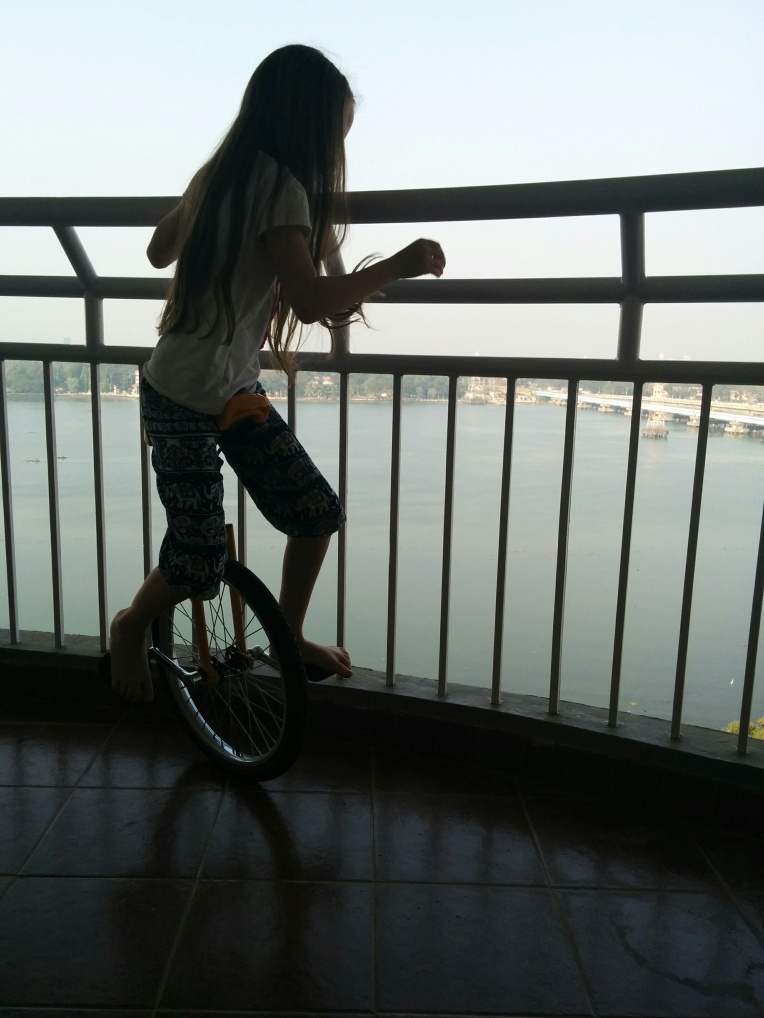 The girls are growing. I look at the picture we took before heading to the airport to leave Toronto and I hardly recognize them. They’ll need new wheels when we get home. To stay within our space constraints, we settled on redeemable bike vouchers as Christmas gifts: 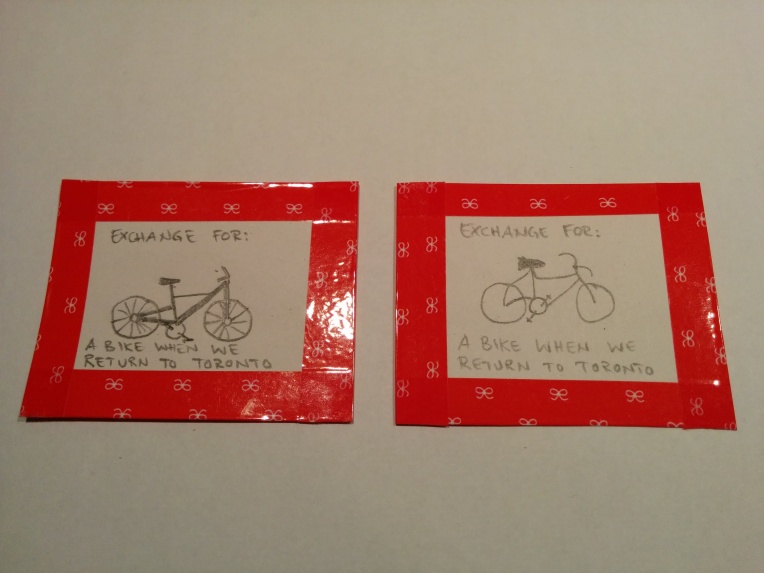 We have five weeks left in our journey. It’s good that we’re here because Cape Town living, more than anywhere else we’ve been on this trip, most closely resembles Toronto living. In addition to the cycling infrastructure we find potable tapwater; wide sidewalks; drivers that (mostly) obey traffic signals; fruit and veg that we can eat without peeling. Culturally, Cape Town is closer too. We went to a farmers’ market yesterday evening (the City Bowl Market on Hope Street). It could have been a smaller version of the Brickworks, just with more meat, wine and beer.We’re starting to talk as a family about our return to Toronto: Our neighbours, the girls’ friends, school, evening walks together on the sidewalks with our dog. As part of the transition, the girls picked up a new wardrobe yesterday at H&M (they’ve outgrown the clothes they brought with them). This is an important conversation to have; we know there will be an adjustment to make as we reintegrate to home life.

Another thing we know is that one/two/three-wheelers will continue to play a big role in our lives.

4 thoughts on “Department of Bicycles ”