The Atacama Desert in Chile is the world’s driest and in some areas it receives only a few hundredths of an inch of rain per year.The massive banks of sea fog known as the camanchacas that roll off the Pacific Ocean do not produce rain – the moisture that makes up the fog is too fine to form rain droplets. To sustain itself, an indigenous wild relative of the llama, known as the guanaco, very delicately drinks the condensed fog from the spines of cacti that grow nearby. It’s an incredible act of tenacity and survival.

We’re in Botswana, a landlocked country with an arid or semi-arid climate. Up to 70% of its area is covered by the Kalahari desert. Last week we left for a six-day camping and safari trip in Botswana’s wilds. I wondered how thirsty we would get.

Botswana’s tourism is geared to meeting the needs of luxury safari enthusiasts. There are myriad lavish Bostwanan safari lodges that cater to every client need, providing not only access to wildlife sightings (the Big Five, the Little Five, the Ugly Five), but also delicious food, comfortable sleeping accommodations, air transport to and from lodges and much more.

We were going camping, however, and there’s not an infrastructure in place to support a camping culture. Renting 4×4 trucks is difficult. Hiring camping gear is nonviable. Maps and guidebooks for where to camp and how to get there are hard to come by and people generally rely on word of mouth recommendations. If someone visiting Botswana wants to put together his or her own camping trip, it’s nearly impossible.

Impossible, that is, unless you are lucky enough to go to the wilds with Lotte and John. They have gear of their own and could count on their friends to lend us the rest of the gear that we needed.

Chairs for around the fire. 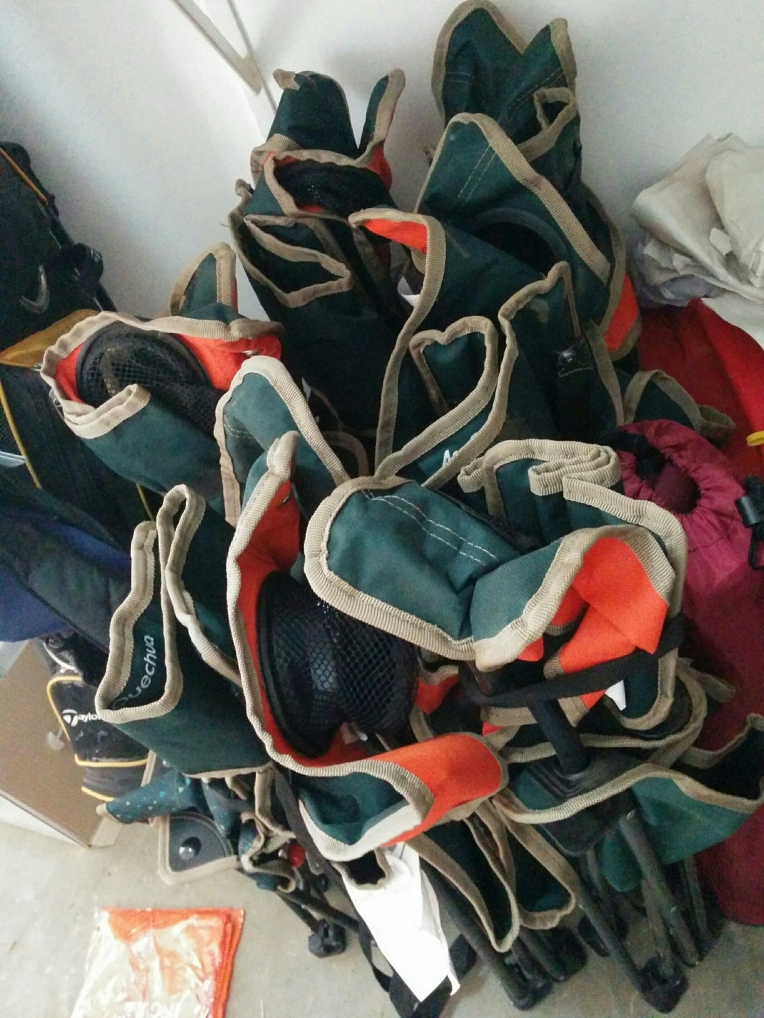 Back in January we had looked into a local car rental place that could set us up with a 4×4. By the time we’d arrived in Botswana the truck we wanted had evaporated and, since we wished to camp over Easter weekend, there were no 4x4s available from any of the other rental agencies. At the eleventh hour Lotte was able to magic us an Isuzu pickup. We loaded it up and were on our way. (More on our Isuzu ride in the next post.)

I was happy to learn that camping in Botswana isn’t much different from camping in Southern Ontario. An impala can double as a deer. Warthogs are a cross between porcupines, skunks, toads and feral pigs.  With a bit of imagination, a scorpion coud be a big wasp. It gets hot, especially at 1pm. And surprisingly, there’s a lot of water. The Limpopo River was high and at our second campground water was drawn from the river to irrigate a massive orange grove. No need to lick condensed fog from cacti.

We saw some of rural Botswana. The country is about 15% larger than Spain, but with a population of about 2 million, it has one of the lowest population densities in the world. The combination of dry red soil and low rainfall means that the land isn’t suitable for cultivation and Botswana imports much of its food. Agriculture consists mainly of livestock rearing (mostly cattle, as well as some goats, sheep and chicken) and accounts for around a tenth of Botswana’s gross national product. In fact, we learned that most families have a “cattle post”, meaning a small herd of livestock. Most of the cattle seemed to spend the day chewing grass on the side of the highway, occasionally wandering into traffic.

The camping was fun. We hiked through the Goo Moremi Gorge and visited waterfalls and vulture breeding grounds. We learned that the Baobab tree is actually a succulent; the one we saw at the foot of the gorge was more than 800 years old. As we packed up our camp on the third day, Louise uncovered a scorpion. In Botswana there are two kinds of scorpions: ones with big claws and small tails, others with small claws and big tails that are more poisonous. Louise’s scorpion had tiny claws. 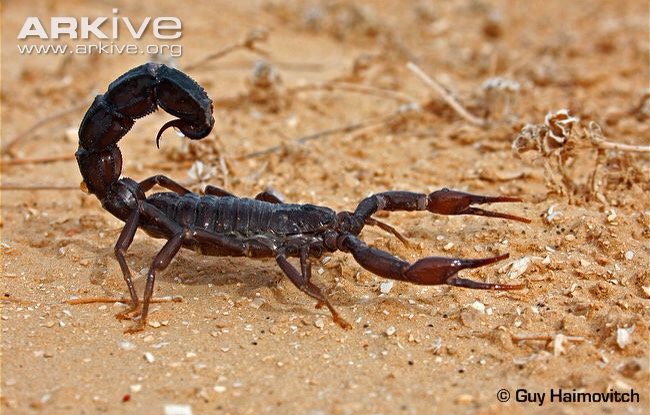 Our campgrounds were far from any town or village. The sky was clear and the stars so bright that they seemed almost to create a caricature of a night sky.

Our food was good and there was a lot of it. On our fifth day we packed up our second campsite and drove into the northern Tuli Block game reserve. We left our cars at the airfield, Mashatu Lodge rangers picked us up at 1pm and took us to the lodge. I’ll write more about that in the next post.

In the meantime, here’s a shot of an elephant from the game reserve. 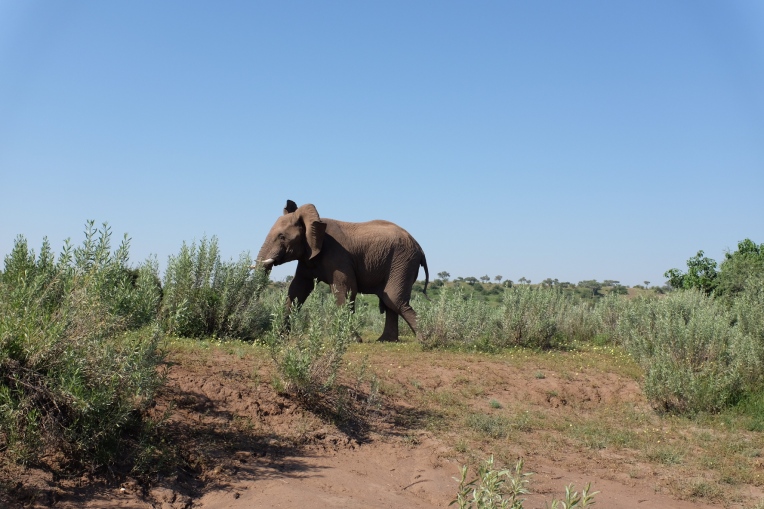 3 thoughts on “The Animal Issue (Part I)”